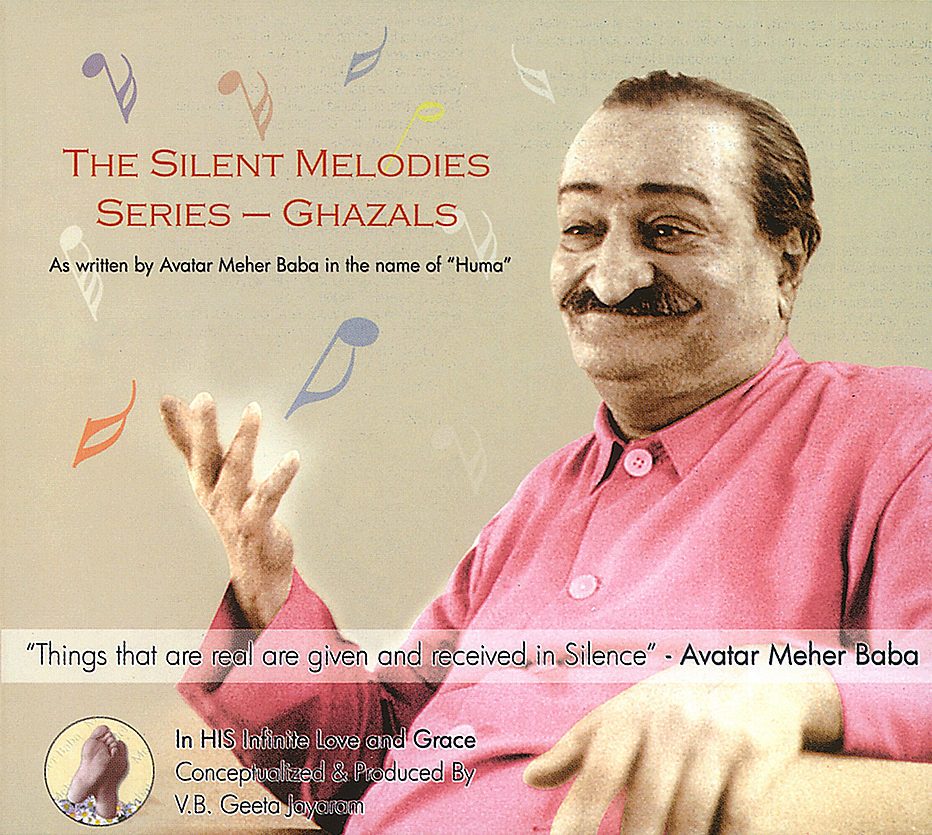 As written by Avatar Meher Baba in the name of "Huma"

These ghazals, written by Baba under the pen name of “Huma” in the early years, are beautifully sung by Sri. Ramesh Chadaga, who has a very rich, classical Indian voice. The English translations are included as well as the Gujarati Arti.

Most of these ghazals were written before Meher Baba was unveiled and his true purpose was revealed to him, which makes them poignant and very touching to listen to. . . imagining Baba's state and his relationship with Upasni Maharaj, who was one of the Perfect Masters who awakened him to his role as Avatar of the Age.