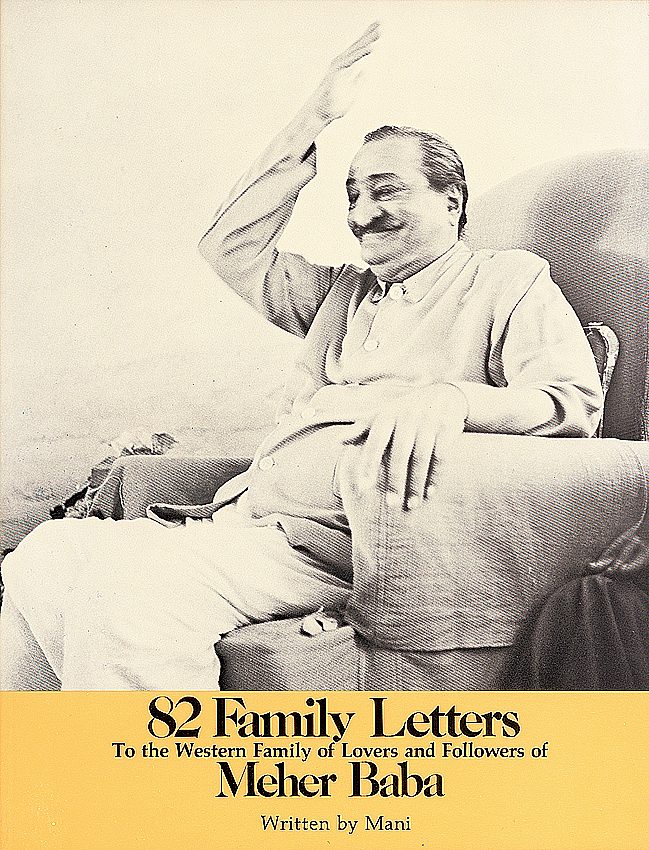 To the Western Family of Lovers and Followers of Meher Baba

Meher Baba's sister combines lively language and an observant eye to paint a bright, intimate picture of Meher Baba's activities from 1956 to 1969: stories of devotees' first meetings with Baba; the great outpourings of love that flowed continually to the thousands who contacted Him; His radiance during even the most strenuous darshans; the unforgettable sight of Baba bowing down to the feet of the “untouchable” poor and the lepers; the tales of unwavering faith in Baba's name; and the routines of daily life for Baba and his mandali.

Written at Meher Baba's direction and sent only after he had read and approved each one and often added a personal note of love, these letters were eagerly awaited during those years by Baba followers, for many of whom they were the only direct contact with the Avatar.

When Harry Kenmore was invited to visit Baba in November 1968, he brought with him a bound copy of the Family Letters which had been sent by Mani up until that time. Baba held it on his lap and expressed his pleasure with it and said that Harry should make enough for everybody. Harry said, “But Baba, we would have to make 1,000,” and Baba said “yes.”

So, after Baba's passing and after Mani had sent the last Family Letter, Harry and Annarosa Karrasch went ahead and had 1,000 made. Rano Gayley gave a drawing for the frontispiece. Many Baba quotes are included here that cannot be found elsewhere.