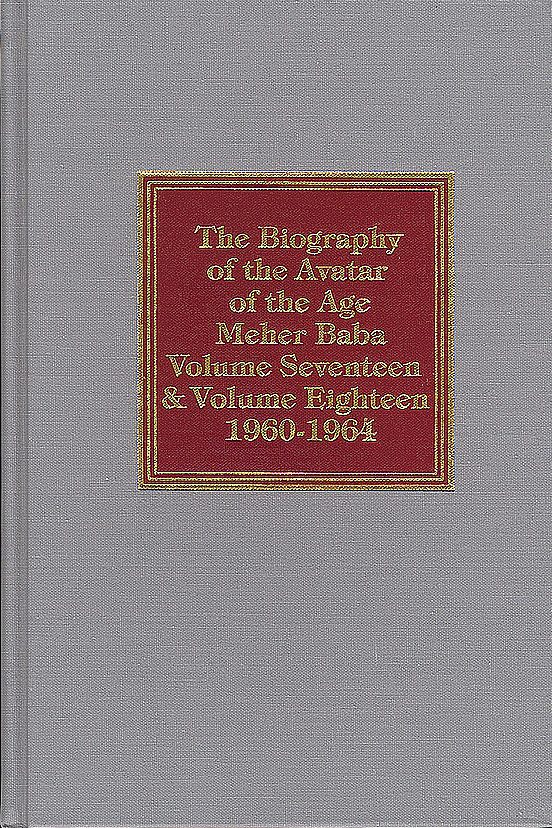 This double volume covers the first few years of the last decade of Baba's life. Includes accounts of darshans at Guruprasad, long periods of seclusion, life at Meherazad, and the 1962 East-West Gathering. Also includes poignant personal accounts, described in detail, of meetings with Baba in Mandali Hall.

Bhau Kalchuri's monumental biography is the most detailed story of Meher Baba's life to date and is likely to remain so for many years to come. Composed of almost daily accounts of the Avatar's life, it draws on diaries, journals, and hundreds of personal interviews. Lavishly illustrated with photographs, many of them previously unseen.