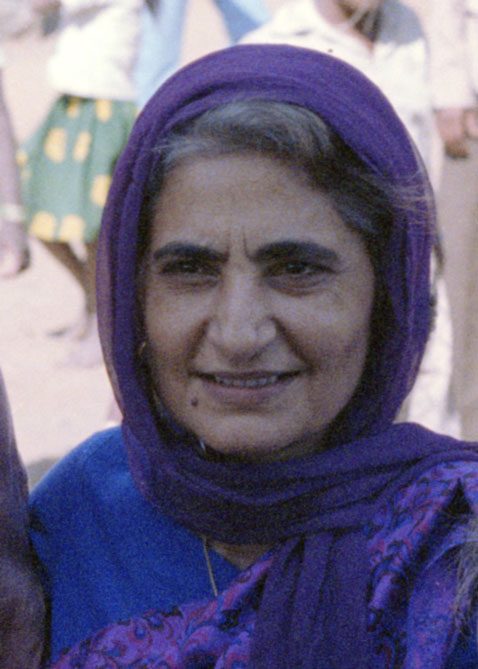 On Meherabad Hill for a special visit, Meheru greets the crowds near Baba's Tomb.