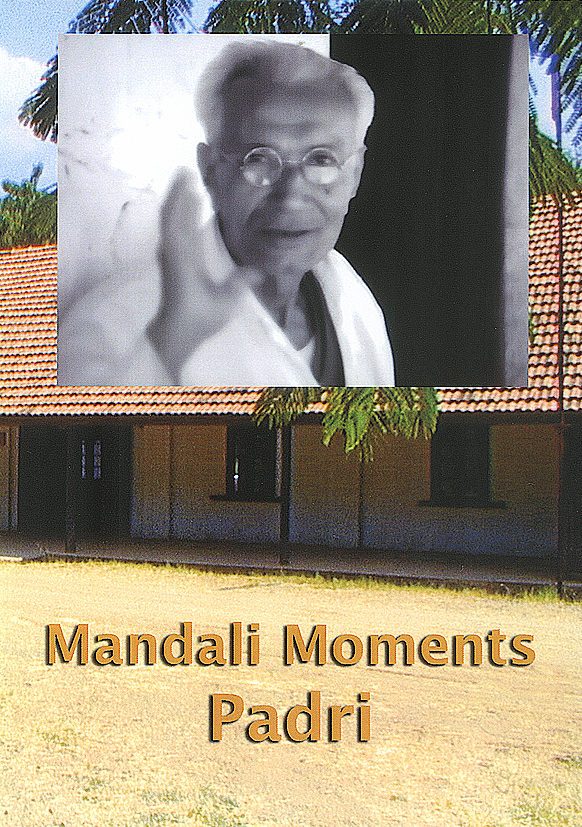 In 1974 and 1975, Steven Hein videotaped Padri (Faredoon N. Driver), one of Avatar Meher Baba's earliest mandali (disciples), “shoved to Baba” as we hear Padri describe, by his mother in 1921. In this video, Padri describes those early days with Meher Baba.

The original black & white tapes have been digitally enhanced, with some “drop outs” (seen as flashes of white) remaining in the videos.

In 1922, Meher Baba's brother Jal took a friend of his to meet "Merwanji", as Baba was then called, in a small hut on the Poona (Pune) outskirts. As the friend Faredoon later remembered, there was a lively scene going on around Baba that evening, singing and jokes, and he was attracted by the Master's charm. He was just nineteen at the time. The attraction grew stronger, and, encouraged by his mother, a disciple of Babajan, Faredoon followed Baba to Bombay soon after. There Baba set up his first ashram, Manzil-e-Meem, incorporating a group of men disciples into a strict regime of obedience and work. He nicknamed Faredoon "Padri", because of his lanky, priestlike stature. From the Manzil, Padri followed Baba wherever he wandered in the 1920s, enduring many hardships. He was with Baba when Baba first set foot in Meherabad in 1923, and Baba named him one of his "four pillars" of Meherabad when it was transformed into a thriving colony. Baba left all his ashrams in 1949 to live the New Life, and Padri remained behind to watch over what was left of the Meherabad and Meherazad properties.

Austere, fearless, straight-forward, with a love for poetry and science, and a keen understanding of both the natural world and machines, Padri continued to live and work at Meherabad after Baba's return. He could build anything and fix anything. An astute homeopath, he was often called upon to treat Baba homeopathically, and was famous in nearby villages for both his medicine and his impeccable character; he occasionally mediated village disputes.

Padri continued to be the Meherabad manager as well as a trustee of the Avatar Meher Baba Trust after Baba passed away. He would tell visitors stories of the early days with the Master that would curl their hair, and then would laugh, "It was no picnic, mister!" He emphasized obedience and surrender ("Love is for the saints and the masts, not for the likes of us!") and provided a living example of those intangibles. He passed away in 1982 on the verandah of the Meherabad Hall, dictating a letter in Baba's service.