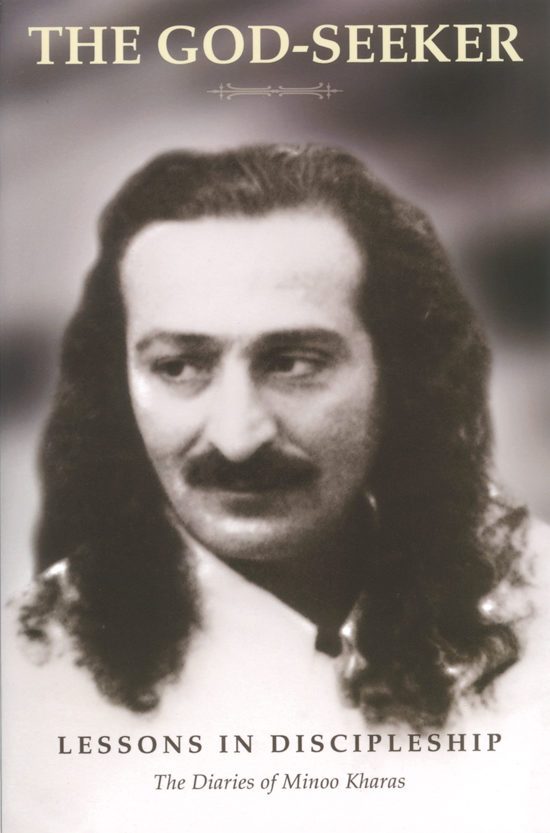 Lessons in Discipleship: The Diaries of Minoo Kharas

“Minocher Kharas, known as Minoo, one of the Avatar Meher Baba's close disciples, declared at the end of his diaries that his life with the Master and his struggles against his own weaknesses are an 'open book.' The diaries tell the compelling story of Minoo's colorful life and his lessons in discipleship with Meher Baba. They illustrate Meher Baba's consummate, unparalleled ways of shaping his disciples: his patient and loving guidance through the labyrinth of worldly snares and allures, his aid in the battle against the inclinations of the lower nature – anger, greed, lust, jealousy, envy, hatred, pride, arrogance, cruelty, and selfishness – and the transformation of consciousness he gradually brings about so that the sincere disciple may receive what the Master has come to give.

“Meher Baba warned his early men mandali (closest disciples) about lust, after he had them confess any wrongdoings. First Baba said, 'Lust is not bad. Because of this lust, you have been born as human beings. It is due to this very lust that you will turn from men into God!' He also said, 'Lust is necessary for evolution. It starts developing in the vegetable forms. With the increase in lust, there is advancement in evolution, since lust means energy. And with the increase in energy, consciousness expands.'

“However, he cautioned, 'Even if lust is there in you, don't put it into action.' Meher Baba described the lifelong battle against lust as a real hero's fight, and this is the spirit in which Minoo Kharas engaged in conquering his lust.”

From the back cover of the book