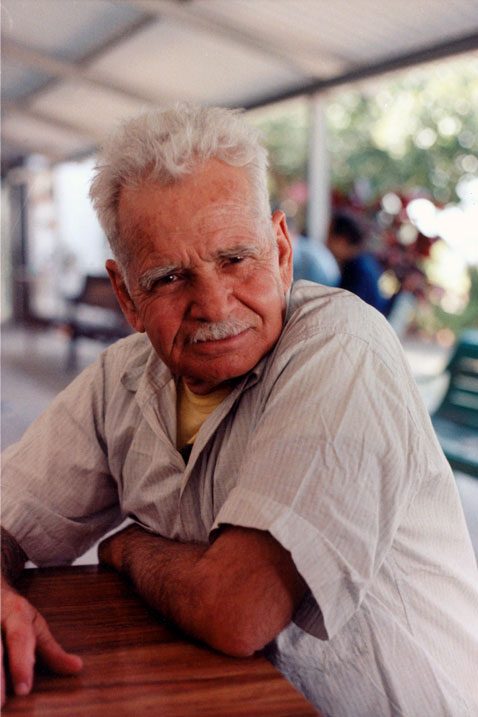 A rare, private glimpse of Aloba at Meherazad.

"Aloba", as Ali Akbar was renamed by Meher Baba, was born in Iran (in Yezd, Baba's ancestral home) to Muslim parents in 1916. When he was seven, he came to stay in India with his uncle, working in Iranian restaurants in Bombay for four years. In 1927, he and a cousin were enrolled in Baba's newly formed Hazrat Babajan school ("Meher Ashram") at Meherabad. Life in Meher Ashram was, according to Aloba, "superb. It was very nice, very good, from every angle." He was very unhappy when, some time later, he was forcibly taken away from the school by his uncle. He went back to work in a Bombay restaurant for several years.

In 1934, overcome by longing for Baba's contact, Aloba slipped away from Bombay to Nasik to meet Baba again. Thereafter he continued to visit Baba until 1949, when he and twenty-one other men joined Baba on his New Life. Six months later Aloba was sent home with others, but after two years Baba called him to live with Baba permanently as one of his resident men disciples. Aloba had the fortune to be one of the very few who lived with him up until Baba's passing away in 1969.

In the years following, Aloba was like a force of nature: energetic, electric in his enthusiasms, and extremely straightforward. He was a real character, with a distinctive charm and wit, and his comic pronouncements to visitors became famous in the Baba-world. Yet his childlike devotion to Baba and his unshakable 100% conviction in Baba's status revealed his great wisdom, depth and dignity. Many came away from a meeting with him carrying the impression of a heart totally enslaved by his beloved Master. One of the last of Meher Baba's closest men disciples, Aloba passed away in August 2002.