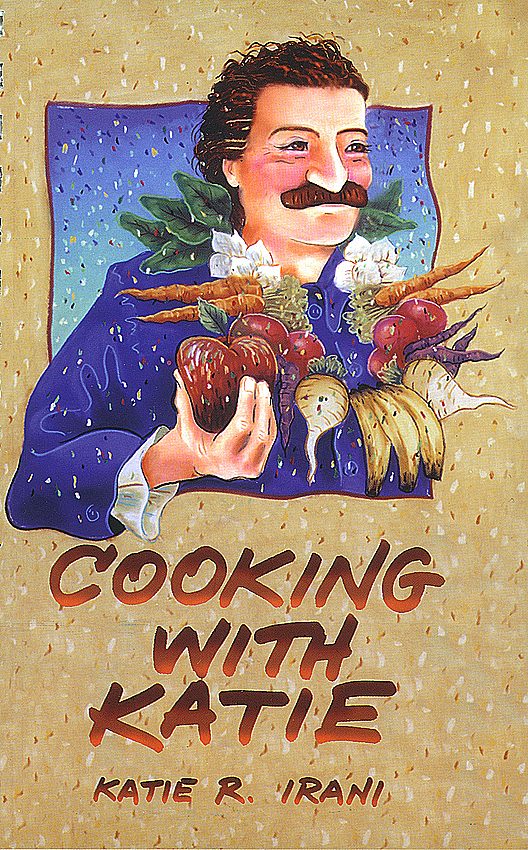 According to Katie Irani, lifelong mandali of Meher Baba, the first thing you must put into every dish is “Jai Baba!” and then Baba takes over. . .

Thanks to all the visitors asking for her recipes, she collected and compiled them in this easy to use spiral-bound book. Each chapter includes a charming memory from Katie's blessed life with Meher Baba.

Katie was just a toddler when she was first introduced to Meher Baba in 1923; her parents were Baba's followers, and he had come to visit their home in Quetta (in what is now Pakistan). On subsequent visits, he paid special attention to Katie and her older sister, Goher, both of whom were to become his close disciples.

In 1938, at Baba's invitation Katie joined the women's ashram as they traveled all over India and Ceylon with him on the Blue Bus tours. Only a few months into her stay Baba asked her to help cook for the women, although she didn't know a thing about cooking at the time! "Baba put me in the kitchen, and I've been cooking ever since," says Katie. Fellow inmates well remember not only her delicious food, but also her comic performances in the many skits they put on for Baba's entertainment.

From the beginning of the New Life in 1949 until the late 1970s Katie worked in Bombay at Baba's instruction, where she found a job with the Japanese consulate. Following his orders to stay with Mehera, Mani and the other women after her retirement, Katie rejoined the Meherazad ashram in 1978, and eventually assumed charge of the kitchen. Meherazad visitors can attest to her hilarious stories of ashram life, and her rich and beautiful singing of songs written by Baba. Her book, Cooking with Katie, a cookbook of recipes laced with Baba-stories, was published in 2001.