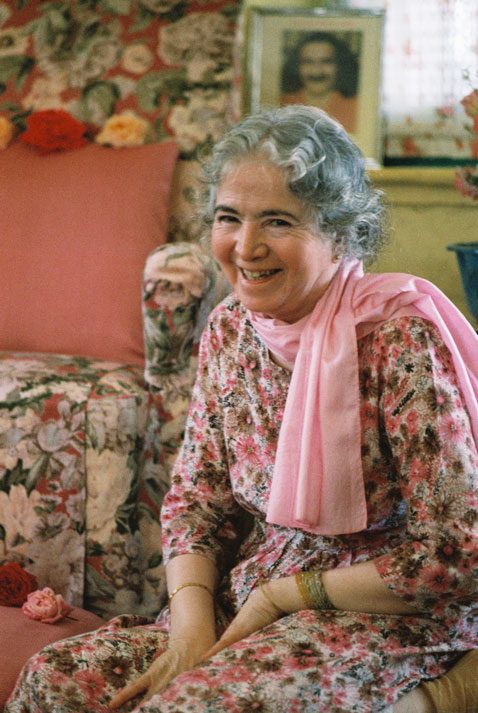 Mani seated by Baba's chair, sharing stories of her life with Baba in Mandali Hall, Meherazad.