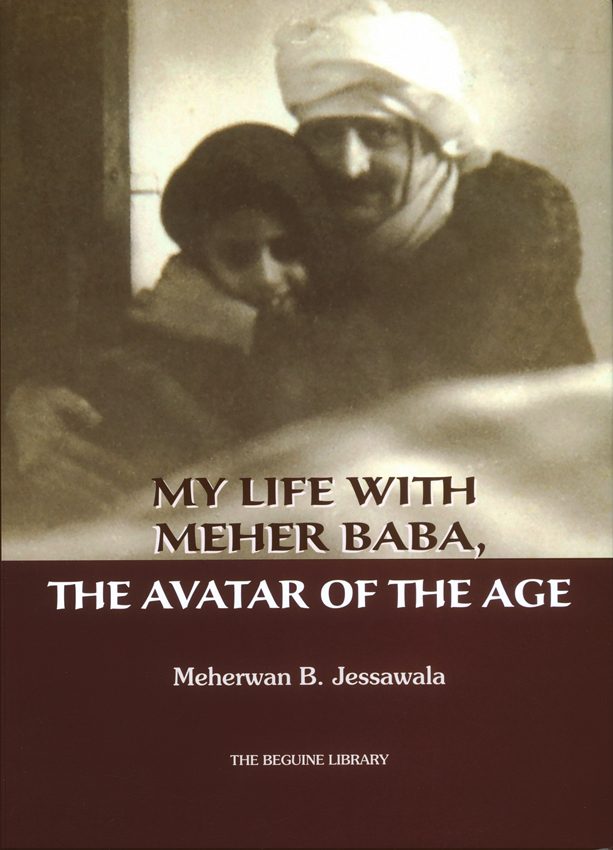 My Life with Meher Baba, The Avatar of The Age

My Life with Meher Baba, The Avatar of The Age

In this Advent many have had the privilege to live with the God-Man and to serve Him as one of His intimate disciples, but few have lived within the closest orbit of His Love from literally before birth to death as Meherwan did. This book contains his story of that most remarkable life, a story that includes anecdotes familiar to lovers of Meher Baba and episodes and events never told before.

It was a life spent with and under the direct supervision of God in human form, and Meherwan’s account provides one of the most intimate and significant descriptions of Avataric discipleship ever published. (Excerpted from the book's flaps and back cover.)

One time during a darshan program in 1958, as Meherwan was walking away from Baba, Baba stopped him and announced to all those present, “He is mine from head to foot.”

Meherwan was born in 1930, sixteen years after his brother Eruch, and went to live with Baba, along with the rest of his family in 1938 when he was not yet eight. For five years Meherwan traveled with Baba on the Blue Bus Tours or lived with his family at Baba’s direction in places like Jubalpur and Bangalore. In 1943 Baba had the family settle in Poona, in Bindra House where Meherwan stayed with his parents, Papa and Gaimai and sisters, Manu and Meheru.

Quiet, reserved and self effacing, Meherwan was a steady counterbalance to the more emotional natures of his sisters, mother and father. Although he wanted to rejoin Baba and live with Him, Baba told him once he finished school, to remain in Poona and look after his family, which he did with complete dedication and without complaint as obedience to Baba’s wishes was always paramount to him. He also was Baba’s go to person for any and all medical, food or other items which Baba wanted but which could not be procured in Ahmednagar. Meherwan would find what Baba needed and often get it on the bus or "paper taxi" to Nagar the same day that Baba’s request was received.

During the last eleven years of Baba’s life, Meherwan would spend a month in Meherazad each year helping out in whatever way he could. In 1990, he and Gaimai and Manu (Papa and Meheru had both died at this point) finally moved to Meherazad where they spent the rest of their lives. After Eruch’s death, Meherwan emerged from the background and started sharing stories of life with Baba in Mandali Hall. Meherwan died in 2016, the last of Baba’s very close ones at Meherazad.