< Back to Posters
View Larger 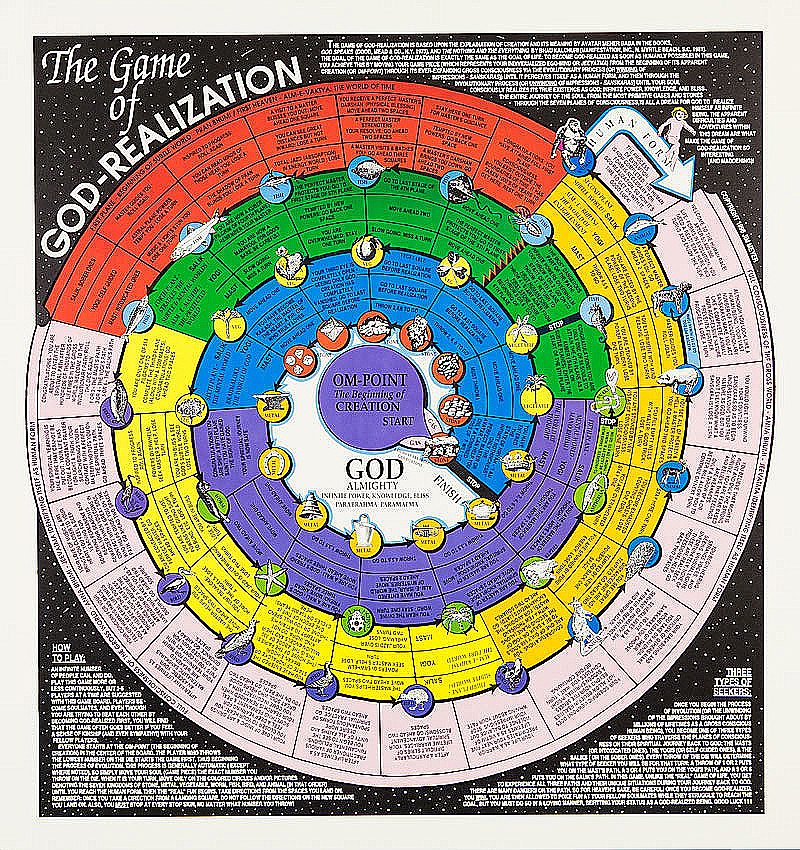 The Game of God-Realization

The Game of God-Realization

The Game of God-Realization is based upon the explanation of creation and its meaning by Avatar Meher Baba in the books, God Speaks, and The Nothing and The Everything by Bhau Kalchuri. The goal of the game of God-realization is exactly the same as the goal of life: to become God-realized as soon as humanly possible!

In this game you achieve this by moving your game piece (which represents your individualized ego-mind or jivatma) from the beginning of its apparent creation (or OM-point) through its ever-expanding gross consciousness via the evolutionary process (or winding of impressions – sanskaras) until it perceives itself as a human form, and then through the involutionary process (or unwinding of impressions – sanskaras) until your soul consciously realizes its true existence as God: Infinite Power, Knowledge, and Bliss.

The entire journey of the soul, from the most primitive gases and stones through the seven planes of consciousness, is all a dream for God to realize himself as Infinite Being. The apparent difficulties and adventures within this dream are what make the game of God-realization so interesting (and maddening).

Printed in full color on heavy paper. Does not include dice or playing pieces. Instructions included on the board. Shipped flat.