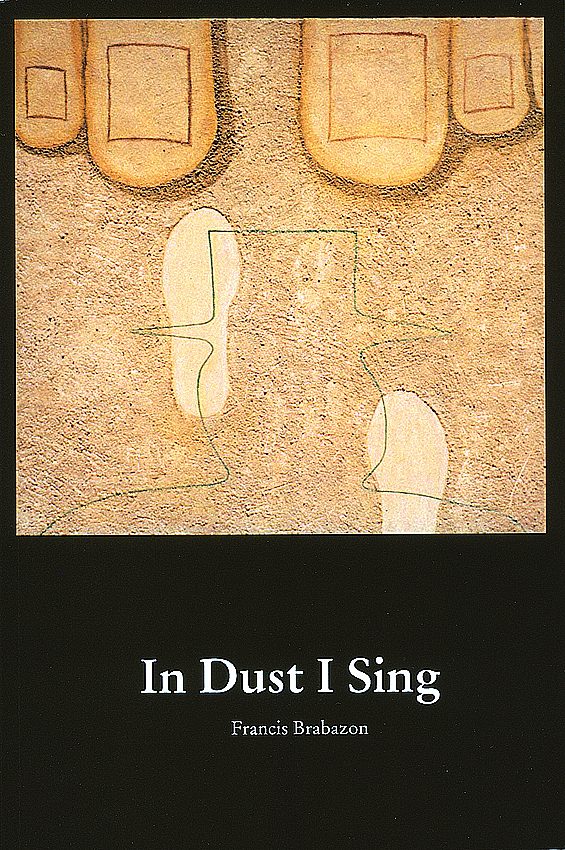 In Dust I Sing

In Dust I Sing

In the Preface to In Dust I Sing, Francis Brabazon describes Meher Baba's love for the great mystical poet Hafiz. The form of these poems are known as ghazals, perfected by Hafiz over 600 years ago. Baba enjoyed the ghazals and also the ghazal singers. . . “But when there was a really good ghazal singer. . . Baba would sit up all night listening, commenting, revealing the hidden treasure in the verses, until the dawn stole the Beloved's rose garland and flung it across the sky as a sign that another day in the Beloved's service was beginning.”

Francis continues, “After sometime I conceived the idea of an English ghazal. I wrote a few and. . .told Baba about them. He had me fetch and read them to him. He seemed pleased and told me to continue writing in this new form and to read them to him in batches of four as they were done. Each reading brought the blessing of his embrace, and every embrace contained the seeds of the next pieces. In the years that followed, Baba had them all re-read to him many times.”

Published 1974. Reprinted for the 60th Anniversary of Baba's visit to Australia in 2018.

Francis Brabazon (1907-1984) was a unique Australian poet driven by a spiritual quest to find the source of beauty in art. His explorations lead him through the worlds of music and modernist paintings, through the poetry of Whitman, Lorca, Mayakovsky and others, to the lyrical love-longings of St John of the Cross, and to the Sufi poetry of Hafiz and Rumi. He became deeply interested in the connection between art and spirituality particularly in Eastern Traditions, long before these concerns became popular. In the forties he began a practice of meditation and was studying Vedanta, Taoism, Confucianism, but was most attracted to Sufism and finally became a Sufi Sheikh in the Western Sufi Movement established by Hazarat Inayat Khan. In a sense, Brabazon’s early preoccupations as a poet align him with the Beat Poets.

The most momentous and significant event that occurred in his life was his meeting with Meher Baba in 1952 in Myrtle Beach, South Carolina. As an artist, Brabazon saw in Meher Baba what he described as the living embodiment of beauty and the very personification of truth – living Art. And having arrived at this point, at the end of his spiritual quest, he willing offered his gifts as poet in service to Meher Baba’s cause. His most significant work was one commissioned by Meher Baba, entitled Stay With God, a modern spiritual epic of great depth. His English ghazals, modelled upon the fourteenth century Persian Master, Hafiz, reflect the consciousness of the late twentieth century, and yet express something of the flavour of the love-cry and longing of their original Persian ancestor.